A lot of exciting things happen each day and night on the telly. Finally, here's a place to discuss... without being censored.
Post Reply
9 posts • Page 1 of 1

Right now we are busy watching Lokis, but soon we will have to pick the next show to watch.

We've heard reports that The Dragon Sneech is an excellent contender because it is written by the same writer who wrote Schlopatar The Last Bearbender! Word on the street is that it's pretty great.

Also Netflix is premiering a new He-Man series on July 23 and that used to be quite popular with some of our older generation, so perhaps we'll try that again?

Plus there is always the Ex-Pants, one of my personal favorites.

And I wouldn't rule out Season 1 of Westworld which we previously St Louis bears still need to see.

I'm excited to see what we will watch next!
In the SHNOOD!
Top

The council of bears has decided on The Dragon Sneech as the next bear show and we are already 2 episodes into it.

The beginning had quite a bit of exposition which is always good to start a show with. It turns out there are 7 magic types which is 3 more than in Schlopatar so that means it must be a better show, mathematically.

Some bears were a bit concerned after the first show due to the choppy animation and the introduction of a giant moth character. But the second episode seems to have won over more bears with some exciting wall climbing and the reveal of the egg.

We will watch episode 3 this weekend. Gulliver is hoping that Sisu will come out of the egg to hang out with Raya - oops, I mean Rayla.
In the SHNOOD!
Top

So far the bears are really engrossed in the goings-on of the Dragon Sneech. We are hoping that Rayla can get her binding removed before her hand falls off, and that the dragon egg will be healed and returned to its mom.

Some bears have made some predictions about what will happen later. Schlop has a peculiar theory that the soul of the king was transplanted into his bird (weird!) while Lee has been theorizing that the magic mirror will be very important ever since she first caught a glimpse of it in the first episode.

We are planning on finishing Season 1 this week!
In the SHNOOD!
Top

We are one episode away from the end of Season Two! Any predictions? Why did Ezran go back to see Claudia? Will Soren ever walk again? What is Callum going to find in the depths of his ocean of consciousness?

Meanwhile, today we discovered (from this spoiler-free article, https://netflixlife.com/2021/08/30/is-t ... flix-2021/) that The Dragon Sneech is intended to run for SEVEN SEASONS! Oh dear! It seems we might have to wait quite a while before we learn if Schlop's bird theory is correct or what that Star Elf genie is up to.

We bears usually like to delight in shows a few decades past their prime, so it will be a new challenge for us to patiently wait for 4 more seasons to trickle out. But the article gives us hope by pointing out that in 2019 Netflix released both Season 2 and 3, so maybe it will be a fast trickle.

Anysneech, I predict that someday that cube will open and there will be something inside it!

The deer is okay

Wow, bears on both sides of the breach have now watched the last episode of season 2 - exciting!

Ezra helped Claudia find a milkfruit bush so she could heal Soren. She ran into a nice deer and gave it some pats and the deer is definitely okay and nothing bad happened Duddles!

Then Ezra found out his dad had died and he decided to return home to be the king - which is very sad because he had to say goodbye to Zim the dragon. Then Callum learned the secret of sky magic. Callum and Rayla were crossing the moonstone path but then the sun came up which erases the path, but Ezra telepathically helped Zim fly up to block the sun (with some help from Callum's sky magic wind) and they made it to Xadia - phew!

Also Schlop noticed that when Viren was arrested the bird that Schlop thinks is the king was able to fly away. It remains to be seen if Schlop's cuckoo theory is correct. Hopefully more answers await in season 3!
In the SHNOOD!
Top

It was quite exciting yesterday when all bears watched the last episode of season 3 of Dragon Sneech at the same time. There was a giant battle and it seemed like our heroes were in trouble but then that one girl who is also a queen who we thought might be dead showed up and shot a bunch of arrows to turn the tide! But then it turned out the battle was just a distraction so Viren could capture Zim - but Rayla was able to sacrifice herself to knock Viren off the cliff and Callum (through the power of love) was able to turn his arms into giant wings and save her! 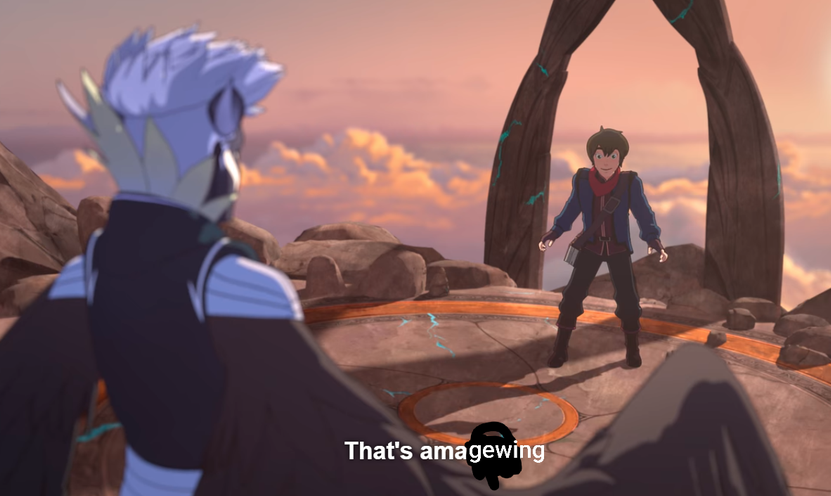 Then the Dragon Queen woke up and everyone was happy. Except it also turns out Viren was brought back from the dead and his evil genie is transforming in a cocoon - scary! Hopefully it won't become a giant moth.

It is unknown when Season 4 will debut - hopefully us bears won't forget too much about the plot by the time it airs. Luckily Duddles will be here to remember for us. The elf still needs to be rescued from Viren's coin, and we need to find out the purpose of Callum's box that is also a key.

Also it turns out Schlop's bird theory was not correct - but bears still thought it was a pretty good theory!
In the SHNOOD!
Top

We finally have word about season 4 of the Dragon Sneech - it will be out this Nibsvember!

Season 4 is being dubbed "The Mystery of Aaravos" and will reportedly feature a time jump of 2 years from the end of season 3. Wow!

Also apparently we will get to see Earthblood elves in this season!

This link has some clips from the ComicCon panel but I will wait to watch them with Peaches over zoom.

Trees to meet you!

Another clip dropped from Dragon Sneech Season 4 - and we get to see an Earth blood elf! Check it out!!

Bears will have to discuss on our next call!
Top 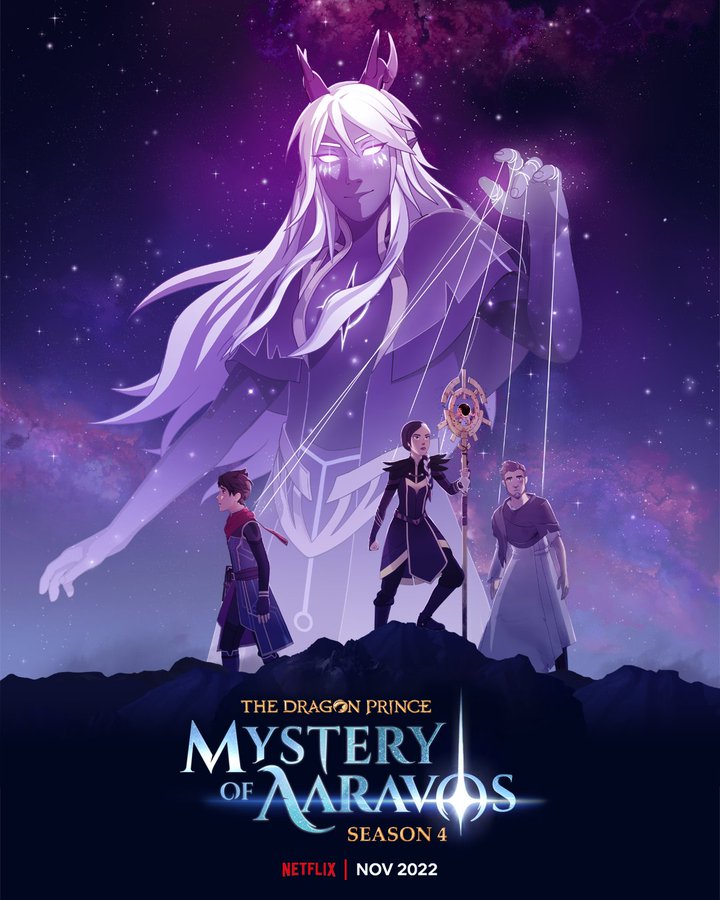 I feel like maybe they could've tried a little harder, hoo hoo.

Seems like a lot of "searching" in "different directions" is the energy I get.

I think this could really benefit with some more adoraburrs or maybe some jelly tarts.
Top
Post Reply
9 posts • Page 1 of 1