This category is all about MOVIES! Rumors, celebrity gossip, recent sightings, Oscar hopefuls- let it all spill out here.
Post Reply
26 posts

Bears in film are trending

Cool post Duddles, and today there was another bear making a big splash in upcoming movie news.

Apparently a bear will be playing a big role in Deadpool 2. Here is the bear alongside his co-star Josh Brolin as Cable.

Exciting!
In the SHNOOD!
Top

Well we did it - us St Louis Bears just watched our 1000th movie!

Of course we had to pick a bear movie so we watched Paddington 2.

All of us bears agree it was the best bear movie and Paddington is a real role model for how to be your best bear. Paddington faced some tough times but he always maintained an optimistic mindset.

Some bears and I watched Annihilation yesterday and were surprised to find that it featured a bear.

However, this bear was shown in a very bad light and us bears did not approve of his actions. It is important to remember that lots of people see these films and think the bears they see on screen are representative of all bears. That is why we need to see more Paddingtons and less Nightmare Screaming Annihilation Bears on film.

Just remember guys, if some big-shot Hollywood producer wants to cast you in a film, make sure that the part involves lots of fuzziness and sandwiches before accepting.
In the SHNOOD!
Top

Anna and the adorable bear?

I was so busy going down the rabbit hole of bears in music videos that there is now a backlog of BEARS ON FILM we need to discuss!

But why is he on the nightstand and not on the bed? Does he even have his own 5-6 blankets?

Someone get that bear a pillow and a hug, stat!

I hope he makes it through the movie!
Top

During this cornucopia of Bears on Film, we must give a shout out to this little fuzzy guy.

He appears in the Aquaman Final Trailer.

I know we aren't really DC Universe fans on these forums and instead our loyalties lie with the Avengers and all... but look how little and fuzzy he is! I bet that's what I'll look like once I get some more gains!

Also he is using a fork as a trident, how cute is that!

I hope Aquaman remembers him once he's grown.
Top

There is a new movie all about a blue bear and it is called Wonder Park.

It is hard to decipher the plot from the trailer but from what I can tell this bear might be narcosleepy.

Most likely this will be the big hit of the summer, I imagine.
Answer: This character studied medicine, "knowing it would be useful in long voyages"

Ice bear on a boat

A big moment is coming for bears on film!

In fact, rumor has it this might be the very same cg polar bear who was last seen in The Golden Compass and his agent finally landed him a new role!

Either way, it's great to see a polar bear getting so much screen time, along with so many other animal friends.

It remains to be seen if Robert Downey Jr can really bond with all these animals, and can release his Tony Stark persona long enough to connect with them.

Others on the internet are lamenting that this won't ever be able to live up to the original. Lee showed me this clip and I couldn't believe my eyes, watch it all, with sound!

Snarf worthy to be sure!
Top

We watched a movie with Pooh and Pooh likes to eat honey and he gets sticky paws and sometimes he gets sleepy and takes a nap and gets tucked in and he also likes balloons but sometimes he gets lost but Christopher Robin always finds him again and hugs him but sometimes squashes him and Pooh has lots of friends like Tigger who is bouncy like Snuffles and also I spotted a bunny and once they all got to eat cake and take naps and there was a scary Hefalump and I closed my eyes but then it was okay and Piglet was there and I would very much like to go visit them all at the 100 acre wood and
Where's Petri?
Top

Not Safe For Bears!

Recently us Flannel Bears had a movie night where we watched a new movie on Nibflix called Marriage Schlop and it starred ScarJo and Kylo Ren and also a bear called Bear Bear.

Things got off to a pleasant start as ScarJo got sleepy reading to Bear Bear: 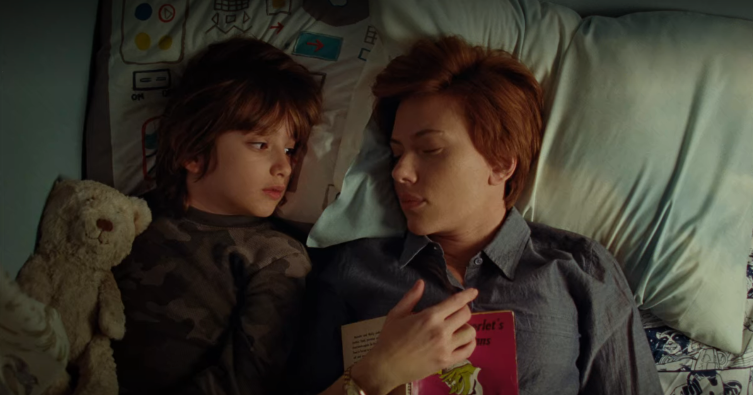 Later Bear Bear got to ride in a backpack much like DJ does and also Schlop does on occasion: 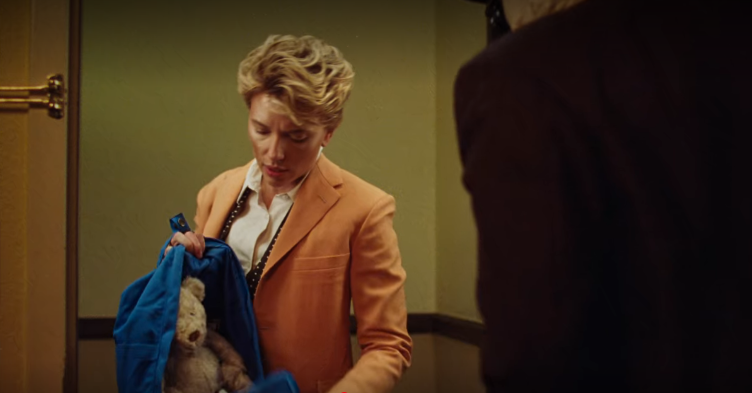 Later they were all in bed and Bear Bear got behind a pillow - certainly not ideal tucking position but not something too out of the ordinary for bears on a crowded bed: 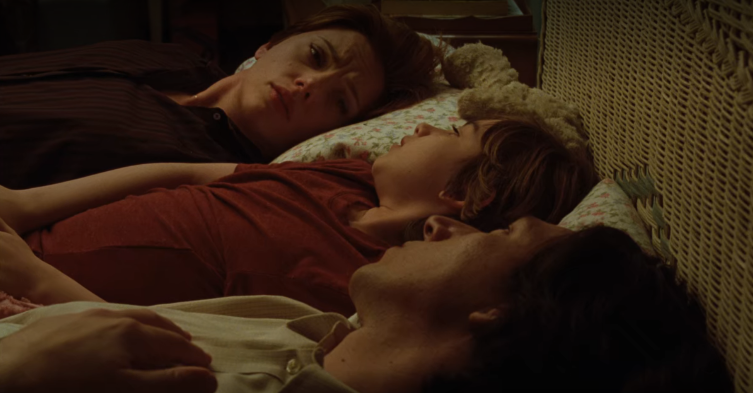 Then Bear Bear found himself on a pillow, certainly a good spot for a bear nap. But something seemed a little unsettling, almost like Bear Bear was flatter than usual... 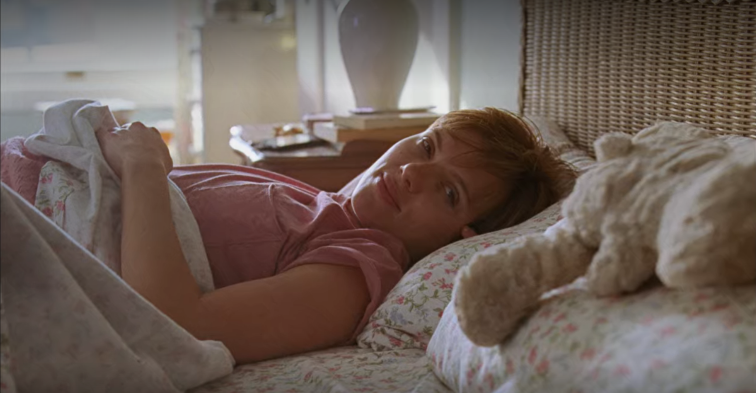 And that's when the unthinkable happened! Bear Bear was being used as a pillow! 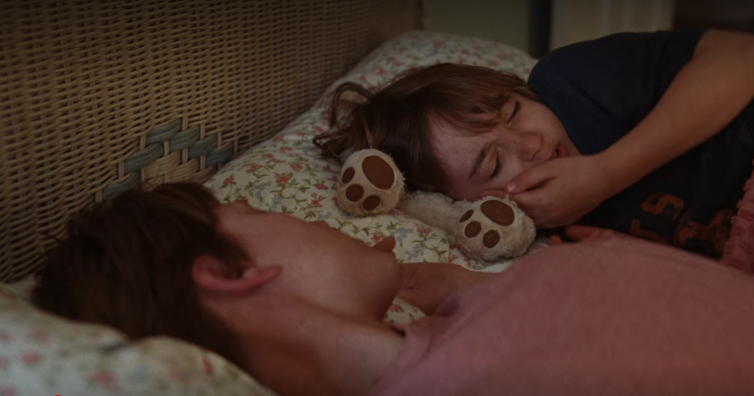 Us bears couldn't believe it! But maybe this was just an accidental occurrence and it wouldn't happen again... 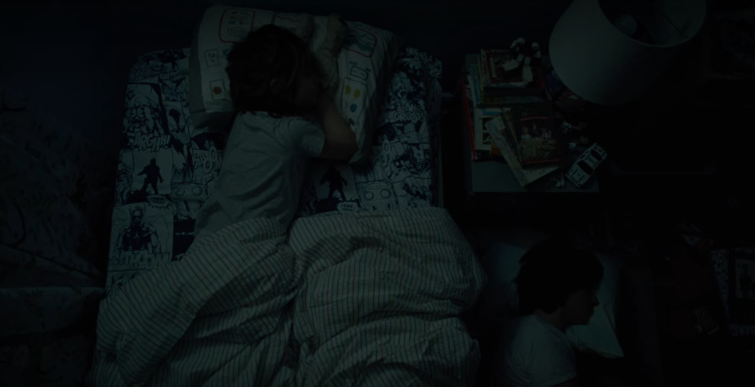 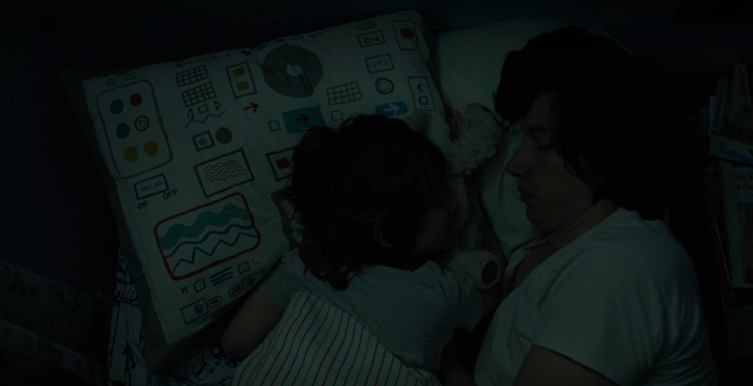 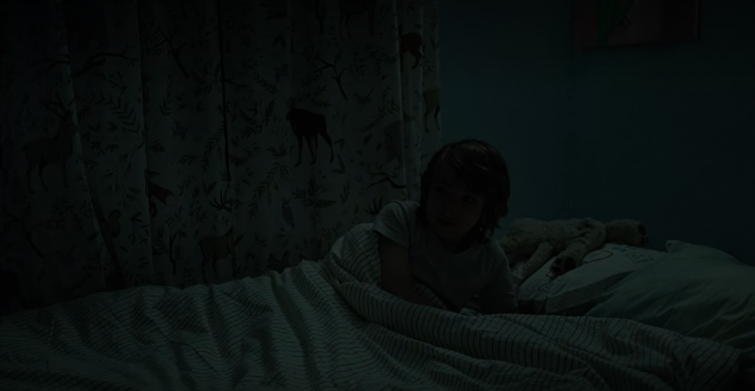 The movie had suddenly become a horror film about an evil boy who wouldn't stop using Bear Bear as a pillow! Us bears were quite shocked and will be writing a stern letter to Nibflix to label this movie as NSFB!
Duddles' deeds be done.
Top

I think I've got a scoop on a new movie about bears that comes out on streaming tonight.

It's animated and it's about 3 bears in San Franibsco (a panda bear, a polar bear, and a grizzly bear) who have adventures.

They also like to stack on top of each other a lot, hoo hoo.

Do you think we should form a stack? Like the time when DJ, Shnoodles, and Snuffles stacked to wear Dave's shirt- hoooo!