This category is all about MOVIES! Rumors, celebrity gossip, recent sightings, Oscar hopefuls- let it all spill out here.
Post Reply
21 posts

We Forest Bears are very excited about the Loki finale today!

Sneeches has even gotten his costume ready as the Sneech Loki variant! 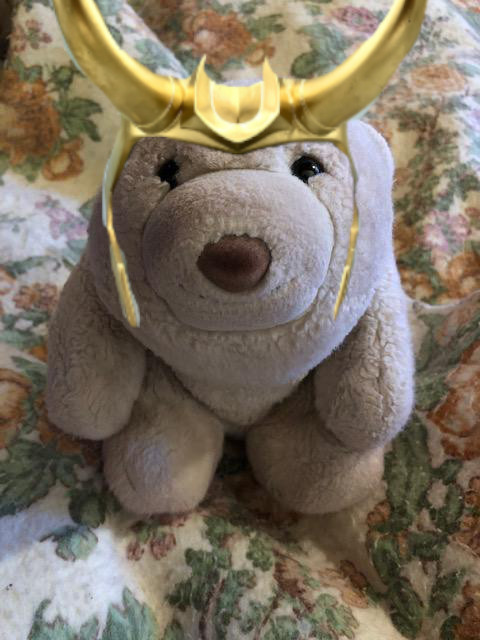 Who will be behind Alioth and secretly running the TVA?

We hear Shnoodles is predicting Evil Loki. I'm predicting Kang the Conqueror. Has anyone predicted Loki's sister Hela yet?

Nibs knows all, sees all

Hey you guys who remain,

The other big shocker is that there will be a season 2 - so there is still a chance for Mobius to ride a jet ski. I am just excited there will be more Loki episodes to watch and discuss.

Glorious Purpose!
In the SHNOOD!
Top

This past weekend the bears undertook a task of epic proportions - to watch the entire Sneechternals movie! The St Louis bears took three days to get through it, but us forest bears were able to plow through in just two nights.

Gulliver and Lee have been reading Circe and it turned out the main character in the movie was called Sersi so that was cool.

Also the movie gave us the term Mahd Wy'ry which is what happens when an eternal has too many memories and goes crazy. Hopefully it will never happen to Duddles!
In the SHNOOD!
Top

Yesterday all bears watched the new teaser for Schlopkanda Forever. In fact it was so good that we all watched it a second time right after.

The big reveal was that there is a new tribe of blue people. It is good to have blue fur representation in a Marvel movie finally. I hope they turn out to be the heroes of the movie.

Answer: This character studied medicine, "knowing it would be useful in long voyages"

Are we allowed to also talk about Marvel shows in this thread? Or just movies? I looked through the TV section of the forums and there were no Marvel threads...just individual threads about Marvel shows... oh dear.... I'm so confuzzed.

It turns out, that when Moon Schlop is sleeping, another Moon Schlop is up to something. Which Schlop is always wondering about since he spends so much time sleeping but manages to still get everything done somehow.

This plot is only slightly different from the movie Ladyschlop that the bears just watched, wherein one character can't remember what they did at night because they turn into a Schlop or a wolf. (A love story only slightly more tragic than the one where two peach-colored bears are separated by 4 states for most of the year.)

The big twist was that Moon Schlop has a secret personality called Schlopney, separate from his other alternate personality he already knew about. Fortunately, Schlop knows all about Schlopney and has been keeping close tabs on him since the creation of the forums in 2005, so Schlop is in good shape when it comes to managing his various alteregos. (What's up, Schlopney!)

All in all, another Marvel adventure in the books, thanks to the St Louis bears and their relentless pursuit to complete the MCU!
Top
Post Reply
21 posts