This forum focuses on how cool Schlop is and other subtopics as such.
Post Reply
5 posts • Page 1 of 1

I'm starting a new thread cause there's so many different ways to spot bunnies. This is for Bunnies on film.

There's a new animated movie coming out in the Fall of 2006 called "Open Season." The preview I saw for it showed a bear being woken up because BUNNIES were being thrown against his window!! I spotted at least 3 bunnies... although it might have been the same bunny 3 times... hard to tell.

Looks good! I think we should all go see it!
Top

A word from Duddles

Duddles wanted me to post here to explain how frustrated he is that there has been a movie that has come and gone where there are possibly thousands of little bunnies throughout the movie and how no one went and saw it to tell him about it (since he is to feeble and weak to journey to theaters). He hopes that somehow this can be reconciled.

He is intrigued by a movie that seemingly combines bunnies and snoozing bears. However, he is concerned that the misuse of bunnies in this manner might be too much to bear.

That is all. For now.
Duddles' deeds be done.
Top

Hey! This forum is only big enough for there to be one little bear who writes posts dictated to him by a bigger bear.

Back off, buddy. Tell Duddles to post his own posts!!
Top

You guys have forgotten the scariest bunny on film of all- the Donnie Darko bunny.

It's too scary for me to watch. I heard the Bunny kills somebody- wah!

Shnoodles watched a movie that I wasn't allowed to watch since it was too scary but Shnoodles let me watch the scenes with a bunny in it and I really like the bunny and the bunny was named George hoo hoo!

George likes to sleep on the floor with his ears pointed up! 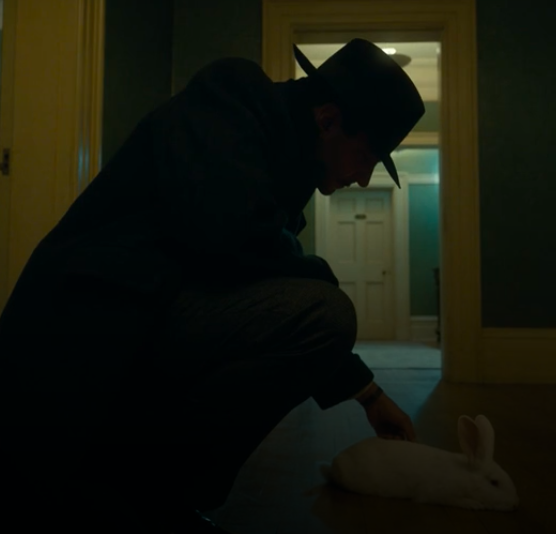 Here are 3 more pictures of George hoo hoo since I couldn't decide which one I liked best: 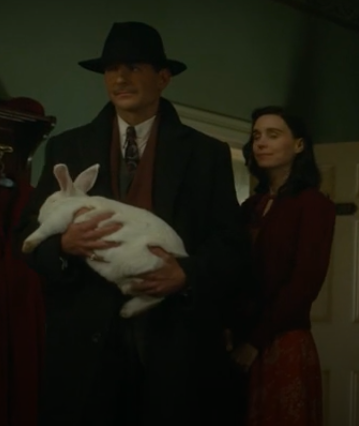 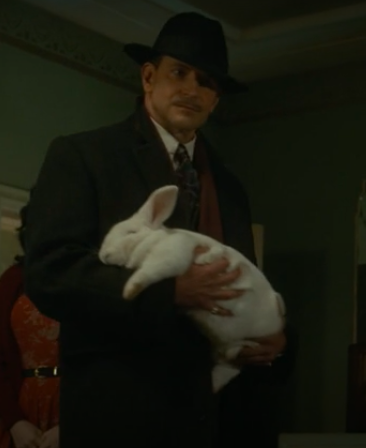 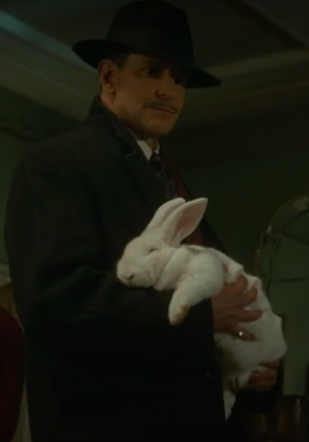 Everybody on set loved George and he was the best part of making the movie:

What was your favorite thing about playing Pete?

David Strathairn: It may sound silly, but quite honestly having a pet rabbit.

Did you bond with the rabbit?

David Strathairn: Well, I tried to bond a little bit more than the rabbit would let me but you know, it's a rabbit. But that was a favorite little thing, that part of Pete's character, part of his world.

Return to “How cool is Schlop”